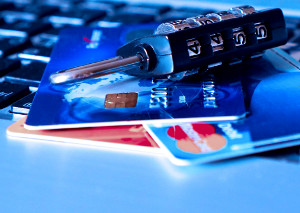 British Airways are facing a £183 million fine after a data breach in 2018 where the personal data, including names, addresses, credit card numbers and travel details of approximately 500,000 customers was breached.

This will be the largest fine ever imposed by the Information Commissioner’s Office (ICO).

The recently introduced GDPR rules allow a company to be fined up to a maximum of 4% of of its turnover.

British Airways has 28 days to appeal.

October 2020 Update: The ICO has fined British Airways £20m for failing to protect the personal and financial details of more than 400,000 of its customers. Even though the fine was reduced to take into account the economic impact on the airline from Covid-19, it is still the largest penalty the ICO has ever issued.

I have heard horror stories but never knew it will be my turn soon. On my Trip back to London from Accra, Ghana, when I got to my seat, water was dripping on my seat. When I asked to be re-seated, I was told the plane was full and I had no option ...
William Nortey
Read more
Add new
I'm in Heathrow Airport. Just arrived from San Francisco, waiting for my connecting flight to Milan, which of course, is late. Just few considerations regarding the 10 hours San Francisco - London flight: 1) Very full, fairly old and slightly dirty ...
Enrico R
Read more
Add new
Regarding a flight from PHL to London, Heathrow. We packed our bags and got to the airport. When we arrived at the gate we realized that the plane was delayed due to what we were told was "wind going against the path of the plane". The plane was ...
Anonymous
Read more
Add new
My wife and I booked Premium Economy seats on a British Airways (BA) Heathrow-to-Chicago flight because our travel "day" was going to last 30 hours if all went well. Upon boarding, she reported her seat as malfunctioning. Flight attendants ...
Bill Murphy
Read more
Add new
On the way back from NY to London, my original seat had some problem with the in-flight entertainment system. So, I was upgraded to the Premium Economy. I was happy with my original seat and for me, economy and "premium" economy makes no difference. ...
S. Mun
Read more
Add new
Bought an expensive business class ticket from LON to San Diego. Picked window seat 3 months in advance. Day of check-in, one day before departure and they stuck me in a middle aisle seat (apparently decided to give my seat to someone else). There ...
Larry Vernec
Read more
Add new
Dear BA, I am sitting on a flight from Tel Aviv to London. It is half way through the journey and in my many many years of flying BA I had the worst meal experience I have ever had. In my silent debate with myself I was wondering if I should stay ...
Peter
Read more
Add new
Some time ago, I cheerfully signed up for the British Airways Visa card, with its offer of 100,000 miles and - if I charged $30,000 to the card in the first year - a free companion ticket.  I guess I should have listened to my old ma's sage advice ...
Phil C
Read more
Add new
By all rights, I should LOVE Brtiish Airways. I fly BA several times a year round trip, from IAD to TLS, via LHR. The reservation system is satisfactory.  The scheduling fits my needs to a 'T'.  The planes are as comfortable as I can ...
LDD
Read more
Add new
I called 10 times in one week. each time i was holding or atleast 15 minutes. no answer. absolutely no answer. Very very annoying. Im astonished that such a huge company cant get their people to answer a damn phone call.
Manaswini
Read more
Add new